Every morning on my way to work I pass the local Republican Party headquarters, in front of which is a large billboard proclaiming proudly, “10 OUT OF 10 TERRORIST AGREE – ANYBODY BUT MCCAIN.” I see it every day. First of all, I didn’t realize that the plural of terrorist was “terrorist”. And more importantly, they might consider taking the sign down or at least modifying it, after getting an endorsement from none other than Al-Qaeda! 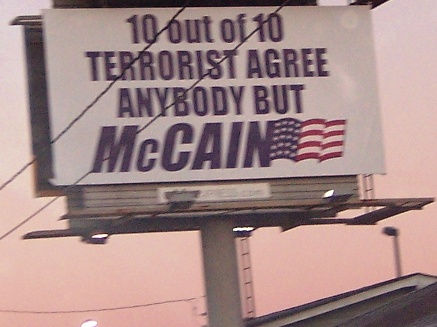 What’s funny is that a few weeks ago; I doodled a cartoon depicting Osama Bin Laden & his little buddy “the Iron Sheik” holding McCain-Palin signs. I threw it away though because I was afraid no one would get it or would misinterpret it. Now I wish I had kept it.

But there’s a good Halloween costume idea if you still need one! 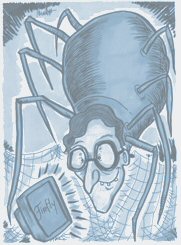