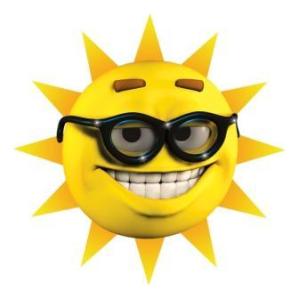 I am not going to start off with that whole, “I haven’t been blogging much lately” song & dance. Truth is, I’ve been blogging quite a bit – in my head. It’s just that none of it has actually made it to the blog. Which is probably a good thing considering how scattered and out-of-whack I’ve been here lately. Work has been overly stressful due to a major project that I’m in charge of not progressing on schedule. Home has been busy. Not in a bad way, just a lot of projects that need to get done that I’ve either been putting off or that need to be completed in a tiny window of time due to weather and other schedules.  And that’s not even taking into account the fact that I’ve been battling with minor bouts of depression lately. We are also trying to squeeze in a “date-night” that we’ve been planning for a month, but hasn’t come to fruition yet.

Most of my writing for the last week was focused on a sermon that I delivered yesterday. For whatever reason, I really struggled with this one. There was a particular scripture that was stuck in my head that I couldn’t shake no matter how hard I tried. It didn’t make sense that it would be for Father’s Day either, but every other direction I tried to go fell flat. So I just kept coming back around to where I started. I think it ended up okay. I got some positive feedback, but my cynical nature keeps telling me that they’re just being nice because they like me or don’t want to hurt my feelings. In case you haven’t figured it out yet, I’ve never been one to take a compliment very well.

Only being able to speak two or three times a year makes it even harder in my opinion. But why is it that the ones that come easily usually end up stinking, and the ones that you really wrestle with come out fairly decent? Is this common, or is it just me?

I did have a wonderful Father’s Day though. My wife is awesome. I got to meet my wonderful daughter for lunch at one of my favorite local restaurants. I grilled-out for my Dad and my Father-In-Law for supper. My Cardinals won again. And I was able to get in a nice long afternoon nap. It was a great day!

One of the big things that we are preparing for this summer is baby-sitting. In July our seven year old niece is going to be staying with us for a few weeks while my wife’s sister & brother-in-law go on a cruise. Our daughter is 21, so having a young one in the house again is going to be a challenge. It will also mean that my Father-In-Law will be at our house nearly every day too. After all, she is his only biological grandchild and lives 350 miles away. So I understand why. It’s just that dealing with that many extra bodies in a house that is typically just me and the wife could be tricky. Wish me luck & say a little prayer if you’re the prayin’ kind.

Luckily her stay will be punctuated by our July 4th Family Soiree, a Southern Illinois Miners’ game, a quick trip to St. Louis for the Magic House & Grant’s Farm, as well as whatever else Mrs. Arachnerd has planned.  We should have a good time if all goes well. I’m sure there will be some much needed blogging during this time and pictures that will just have to be posted! (So stay-tuned!)